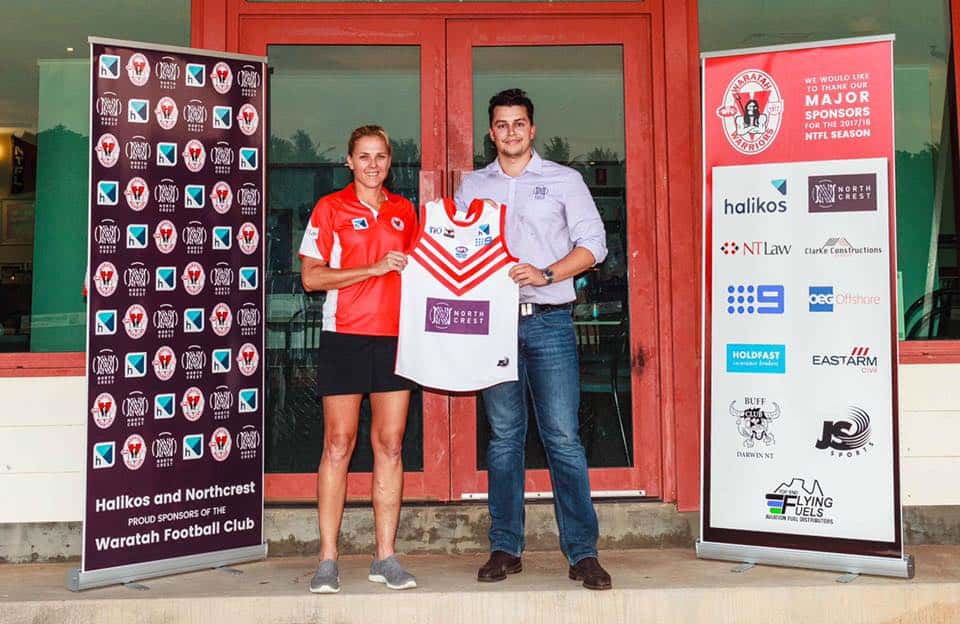 Northcrest is excited to announce it has partnered with local football club, the Waratahs for 2018.

Formed in November 1916, with the first game played in January 1917, WFC is the only club with an involvement in every year of the NTFL competition that has been played in Darwin. The Club has won 15 Premierships, the first in 1928/29 of three in a row and the most recent 1999/2000 coming off back to back Premierships. Plus the Women’s 2011 to 2015 premierships.

We looks forward to seeing Waratahs don their Northcrest guernseys in 2018!